"I decided to pick a random cloud from a specific semi-random batch of cloud photos, semi-random because they were selected by me and thus were not truly random as my will and whatever lurking bias may lie therein was involved...

One cloud photo, maybe two, three. Light on the wall. Many layers. Many, many layers.

I am super impressed - actually - with Kinemaster's on-phone app capacity to integrate the tones and colors of different transparent layers in a pretty fine and not-chunky-at-all way that is almost like water or light breaking through the different strata and blending to make new colors new shadows.

I think that the reason I see shapes and forms in the clouds is because there are fundamental universal forms that inescapably appear throughout nature, and these forms, when layered and tilted and pulled and pressed, tend to manifest particular familiar geometries that are both observably and measurably reminiscent of various rudiments of written language, intercultural and cross-historical mythic and/or spiritual iconography in figure, symbol, and composition of elements in relation with one another.

The Question Now Is:

What is the force that makes the shapes that are made with the phenomena of layering and naturally occurring augmentation of light and curve?

What is the force or forces, and how are they behaving?

Is there something distinct about particular configurations of physical atmospheric and electromagnetic conditions that causes the manifestation of recognizable structural elements or tendencies in clouds - X, 3, Y, 🔼 ♾ or - rather - perception of these things by human animals, or at least by this human animal?

It makes total sense that I would have preoccupations with cloudforms and the structural patterns of the material and unseen world we inhabit.

Anyone who knows much about me at all knows that it makes a lot of sense that this is the road I might take, making beautiful media that is joyful and fascinating to me in the process of studying the overlays and intersections and the sheer miracles that show up as portraits of everything.

I don’t care if nobody else can see them.

Nobody else had uncorrected eyesight in the exact way I did for the first 8 years of their life, learned to look very closely at the details, and because of neurodiversity factors is additionally obsessed with and comforted by finding patterns and is actually quite gifted in the finding of patterns.

The vast majority of the population is not able to find patterns quite so well, which is - of course - totally fine, and finding patterns and being obsessed with patterns and obsessed with beauty, madly in love with beauty, and with discovery, the driving hungry curiosity of a prospector or a child, not for any product or accolade or even observable action, but for the small gasping moment again and again as the layers press and fall, shift and fade and roll like water, like gold and rose to catch like breath, open to reveal.

Dread Not, Alternate Camellia Clock is a brief experimental short media piece made by layering photos and videos of clouds.

I have been taking pictures of clouds for 11 years and am exploring ways to play with cloud photos as a medium in making new abstract and subtly expressive images. Here, I started off thinking about counterclockwise motion, Fibonacci spirals, and architecture and ended with camellias and the suggestion of a syncing at the end of this short piece, which took about 12 hours to make, not including the thousands of hours spent studying cloud forms and movements in nature, nor the 1/2 hour I spent recording this segment of guitar sounds in - I think - the key of D 10 years ago.

Value is relative, as is time. Thus, I say: “Dread not, alternate camellia clock!”

The idea of alternate clocks is something I consider a fair amount, though I have no notion just how much a ‘fair amount’ is or how it could be measured.

I supposed this the gist of that song from RENT - how do you measure a year…? -but, all of those examples were tethered to human action, experience, and perception of value, and the song - ironically - reinforced the concept of a year by returning to it in chorus and refrain as a anchor, a set frame.

I am not so good with time, but I very much enjoy studying clouds and considering light. The pink violet here is a tone I’ve been vibing with lately.

This is all experimental and I will continue to experiment, so on we go.

This video was made with 1 (possibly 2) still-frame images of light shining on a wall through a window in the morning. Very, very golden - almost having a substance and shine of its own there on the wall.

I hadn’t been thinking about universal form, and hadn’t been noticing - at least for a couple of days - the patterns in things.

It’s a particular way of seeing, a studying, a manner of orienting one’s sight and might to deeply look at the way everything lays over everything else to move and form up what we can see, covering what we can’t. - but, still showing the shadows of forces beyond perception.

It is a state of consciousness, a mode of participation, engagement - this way of seeing.

A primary driver of my determination to create coherent re-presentations of my work as an artist is the necessity - at this critical point in my personal, professional, and vocational development - to disengage with tasks and activities that undermine, disrupt, corrode, inhibit, exhaust, or otherwise fuck with my capacity to inhabit the world in the state of consciousness and functional cognition that allows for - if not is central to - my art and research, and thus central to my purpose and passion in existing and to my sources of joy and wonder in existing.

That, to me, is important.

I hadn’t been thinking about it engaging with patterns much, because I spent quite a bit of time this season in a muddle about work and earning wages and not able to focus on anything at all. It was during this period of time that I began to realize that I may not be able - in the literal sense of ability in cognition, executive function, social and communicative mediation and adaptability, etc. - to do the work I had been doing, which was the only work I thought I might be able to do, as other areas of disability involving extremely variable sensory integration and stress vulnerability challenges stemming from neurodiversity factors has seriously side-lined me in terms of most industries and occupations in the United States.

It may be possible, I was realizing during the period of time - roughly - that I made this video, that being an artist and the sort of experimental researcher I am may be the only work I am able to do as I enter this stage of my life.

I walked into the room that I am perpetually moving into and out of and never quite fully live in, and the light on the wall was playing like happenstance magic on the wall, shifting shadows of leaves forming shapes and faces, stories.

I photographed it all for 10 minutes and then the sun moved from its specific position and the light was no longer reflecting off the slightly glossy leaves of the hedges grown up into trees. The sun moved on and I moved on, but am glad to have made this artifact of that small segment of time spent watching the light on the wall. 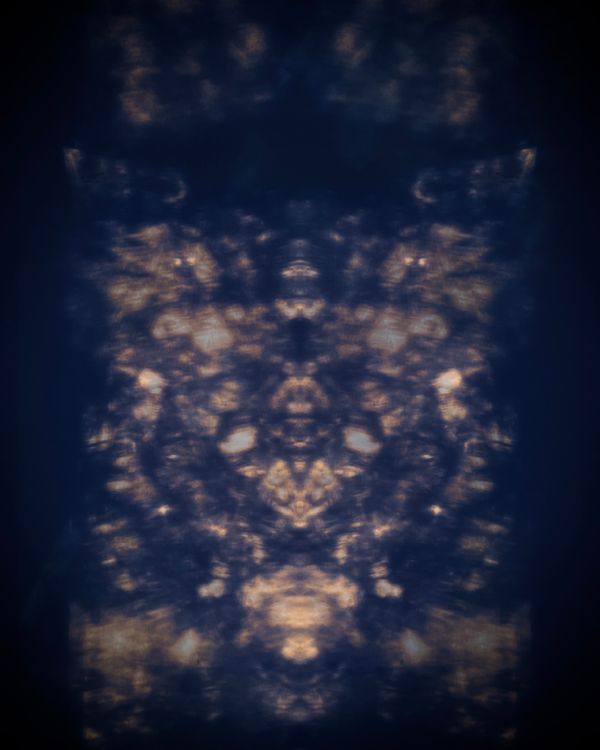 All adjustments are manual; all layers are hand-set. 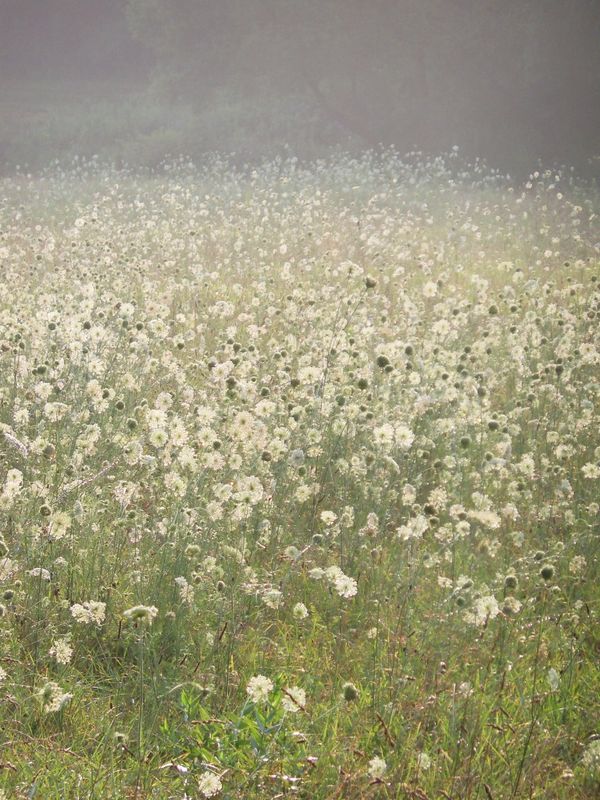